The people of Solto Collina drew their water from public water fountains, private cisterns and wells.

One of the most important fountains was the "Sisternù de Canzanic" (Canzanico cistern) in Via Fantoni between the chemist's and the church of Santa Maria Assunta. The water fountain was below street level to facilitate water flow and the water was collected in a large cistern. There were some low steps which the cattle had to climb down in order to drink.

In 1957 the fountain was filled with earth and the area became a car park but the semi-circular wall, the closed-off archway and the nearby "free" well (visible through a grating) preserve its memory. During the inauguration on 26 July 2015 the Municipality of Solto Collina named the public space facing the "Sisternù" whit "Piazzetta delle Vecchie Fontane". Those who have seen the various transformations of the historic centre can reminisce, rediscover and pass on their memories of a time they thought they had forgotten. 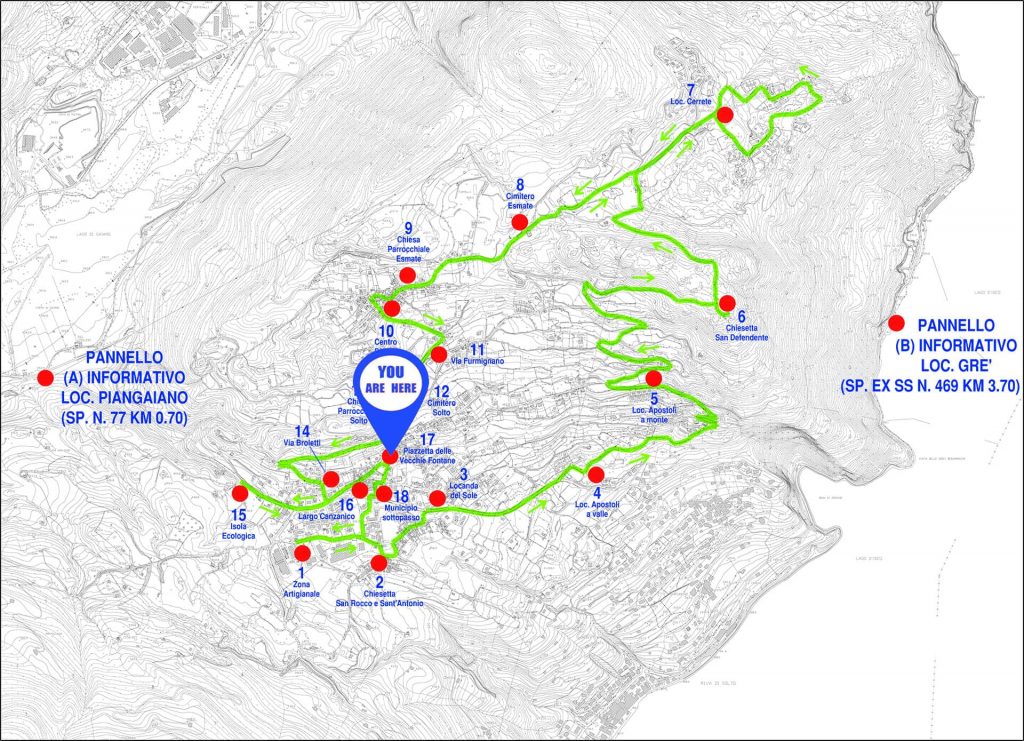